The physical interpretation of comes from noting that

Thus the Henyey-Greenstein parameter is just the average of the cosine of the scattering angle for .

Equation (1) can be integrated over from to to obtain the backscatter fraction:

Because of its mathematical simplicity, the HG phase function has been widely used in many ﬁelds, including oceanography. However, we can anticipate discrepancies between and measured oceanic phase functions because oceanic particles are quite diﬀerent in their physical properties (size, shape, composition from interstellar dust.

The average of for the Petzold average-particle phase function is 0.924. Using in Eq. (1) thus gives the Henyey-Greenstein phase function corresponding to the particle phase function , in the sense that each phase function then has the same average cosine. Figures 1 and 2 compare and . is also shown for and 0.99. Note that the best-ﬁt diﬀers noticeably from at scattering angles greater than and less than 20 deg, and that is much too small at angles of less than a few degrees. The small-angle behavior of Eq. (1) is inherently incompatible with because always levels oﬀ as , whereas continues to rise. Even for , is nearly constant for . For , , compared to the backscatter fraction of 0.0183 for the Petzold phase function. 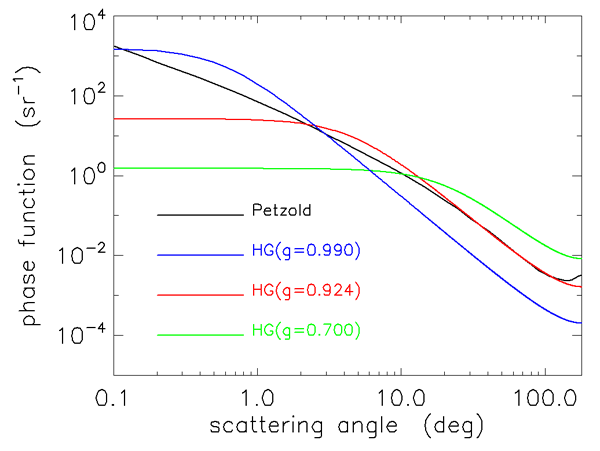 Figure 1: Log-log Comparison of the Petzold average-particle phase function (black line) with of Eq. (1) for three values of . 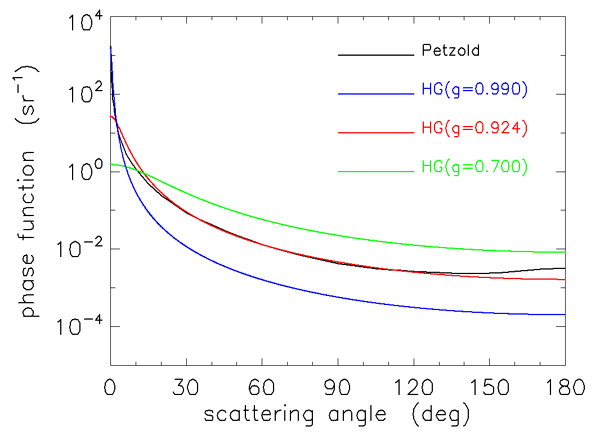 Figure 2: Log-linear Comparison of the Petzold average-particle phase function (black line) with of Eq. (1) for three values of .

Comments for The Henyey-Greenstein Phase Function:

Effect of Shape on Optical Properties »