As we have seen (e.g. Eq. 4 of the Wave Variance Spectra: Examples page), a 2-D variance spectrum is usually partitioned as

Here is the omnidirectional spectrum, and is the nondimensional spreading function, which shows how waves of diﬀerent frequencies propagate (or “spread out”) relative to the downwind direction at .

One commonly used family of spreading functions is given by the “cosine-2S” functions of Longuet-Higgins et al. (1963), which have the form

where is a spreading parameter that in general depends on , wind speed, and wave age. is a normalizing coeﬃcient that gives 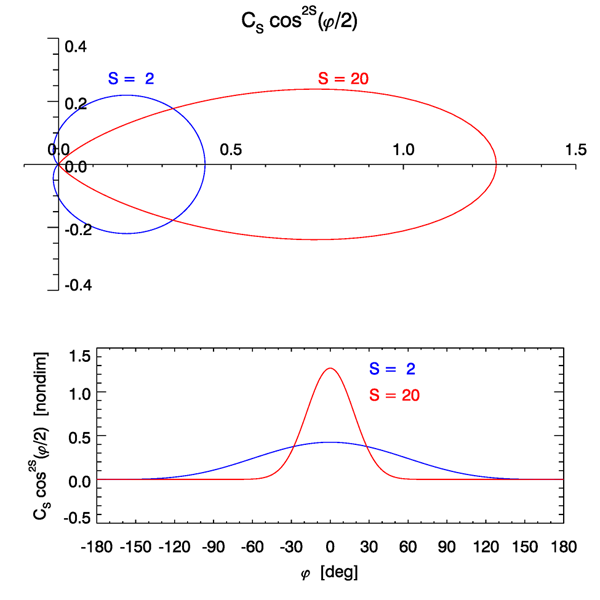 Figure 1: The cosine-2S spreading functions for and 20. Top panel: polar plot in ; bottom panel: linear in .

Figure 2 shows a surface generated with the omnidirectional variance spectrum of Elfouhaily et al. (1997) (ECKV) as used on the previous page, combined with a cosine-2S spreading function (1) with for all values. The wind speed is . The simulated region is using grid points. Note in this ﬁgure that the mean square slopes (mss) compare well with the corresponding Cox-Munk values shown in Table . The mss values for the generated surface are computed from ﬁnite diﬀerences, e.g.

averaged over all points of the 2-D surface grid. The and values shown in the ﬁgure are the average angles of the surface from the horizontal in the and directions). These are computed from

etc., averaged over all points of the surface. 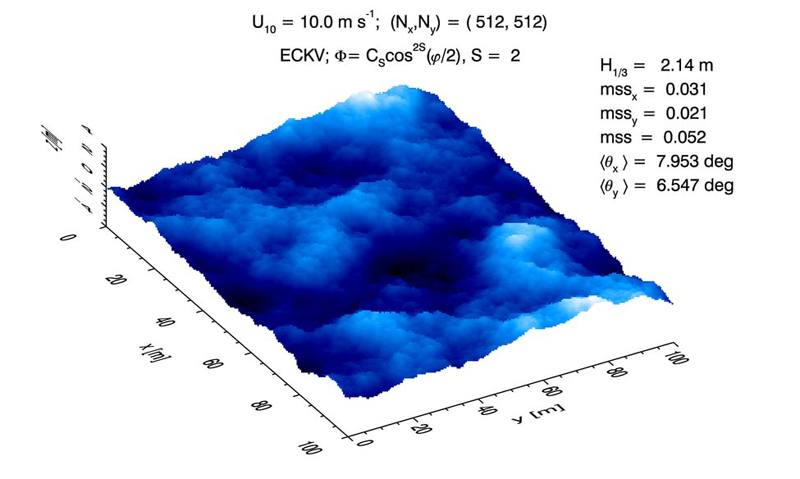 Figure 2: A sea surface generated with the ECKV omnidirectional spectrum and a cosine-2S spreading function with . Compare with Fig. 3. Generated by IDL routine cgPlot2Dsurf_3D.pro.


Table 1: Comparison of Cox-Munk mean square slopes and values for the DFT-generated 2-D surface of Fig. 2.

The spreading function used in Fig 2 was chosen (with a bit of trial and error) to give a distribution of along-wind and cross-wind slopes in close agreement with the Cox-Munk values (except for a small amount of Monte-Carlo noise). Figure 3 shows a surface generated with a cosine-2S spreading function with ; all other parameters were the same as for Fig. 2. This value gives wave propagation that is much more strongly in the downwind direction , as would be expected for long-wavelength gravity waves in a mature wave ﬁeld. The surface waves thus have a visually more “linear” pattern, whereas the waves of Fig. 2 appear more “lumpy” because waves are propagating in a wider range of angles from the downwind. 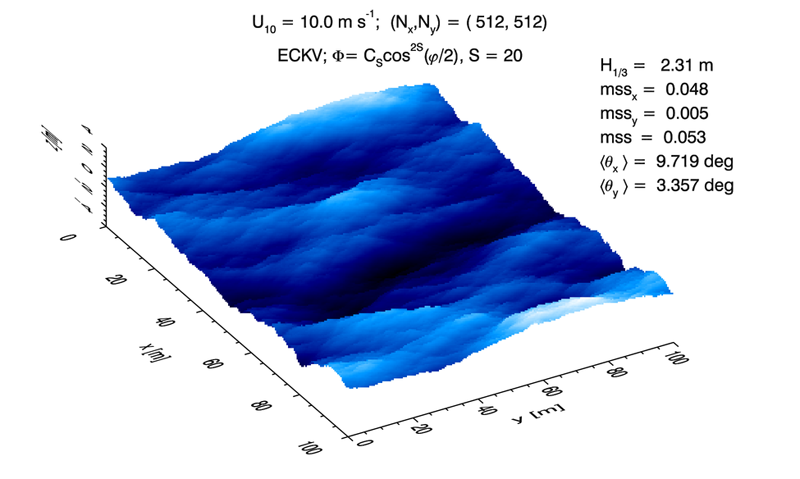 Figure 3: A sea surface generated with the ECKV omnidirectional spectrum and a cosine-2S spreading function with . Compare with Fig. 2.

As shown in on the Wave Variance Spectra: Theory page , the total mean square slope depends only on the omnidirectional spectrum . Thus the total mss is the same (except for Monte Carlo noise) in both ﬁgures 2 and 3, but most of the total slope is in the along-wind direction in Fig. 3.

Real spreading functions are more complicated than the cosine-2S functions used here. In particular, some observations Heron (2006) of long-wave gravity waves tend to show a bimodal spreading about the downwind direction, which transitions to a more isotropic, unimodal spreading at shorter wavelengths. Although omnidirectional wave spectra are well grounded in observations, the choice of a spreading function is still something of a black art. You are free to choose any so long as it satisﬁes the normalization condition (2).