[Contributors to this page include Richard Zimmerman and Victoria Hill of Old Dominion University, who made the ﬁeld measurements and developed the ELFs; Paul Bissett (then at WeoGeo, Inc.), who provided the WV2 image; and Curtis Mobley.]

The “black-pixel” technique discussed on the Aerosols page works well in many open-ocean situations, but it is not applicable if the water-leaving radiance is not very close to zero at the near-IR wavelengths used to model the aerosol scattering. This can occur for two reasons. First, if the water contains mineral particles, these highly scattering particles can give a signiﬁcant amount of water-leaving radiance even out to 1000 nm and beyond. Such particles are common in coastal waters because of inputs by rivers or sediment resuspension by strong currents. Second, if the water is clear and less than a meter deep, there can be signiﬁcant water-leaving radiance due to bottom reﬂectance, especially for bright sand bottoms.

Case 2 and shallow waters are of great interest for reasons such as ecosystem management, recreation, and military operations, and such waters are often observed from aircraft with hyperspectral imaging sensors. New techniques have been developed for atmospheric correction of such imagery.

In general, we need an atmospheric correction technique that

Two basic atmospheric correction methods have been developed in response to these needs. The ﬁrst of these is a correlational technique called empirical line ﬁtting, which is discussed on this page. The second, discussed on the next page, uses atmospheric radiative transfer calculations.

The essence of the empirical line ﬁt (ELF) technique is as follows:

To illustrate how this process works, ELFs were developed for a DigitalGlobe WorldView-2 image of shallow Case 2 waters in St. Joseph’s Bay, Florida, USA. WorldView-2 (WV2) is a commercial satellite that provides high spatial resolution (approximately 2 m pixel size), 8-band multispectral imagery. Figure 1 shows an RGB image of this area, created from WV2 bands 5 (656 nm), 3 (546 nm) and 2 (478 nm) for the red, green, and blue values. The area includes some dry land (at the lower left of the image), areas of dense bottom vegetation (reddish color in this image), clean sand bottom (white to green, depending on depth), and an optically deep channel (darkest area). These Case 2 waters are optically deep (the bottom cannot be seen) for depths greater than about 3 m. 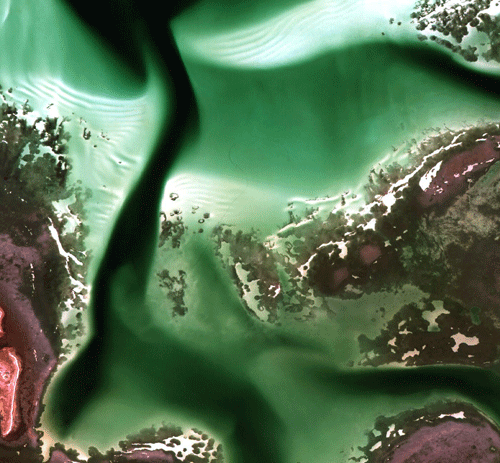 Figure 1: RGB image created from the WorldView-2 image of the south end of St. Joseph’s Bay, Florida. This image covers about and is pixels.

Hyperspectral measurements were made from a small boat at 10 stations in St. Joseph’s Bay. Those spectra were then weighted by the WV2 spectral response functions for each of the 8 bands to obtain multispectral spectra that correspond to the 8 WV2 bands. Figure 2 shows the relative spectral response of the 8 WV2 bands. Thus , the equivalent of corresponding to WV2 band , is obtained from

where is the spectral response function for band as seen in Fig. 2. Figure 3 shows one of the measured hyperspectral spectra and the corresponding values for the WV2 bands. 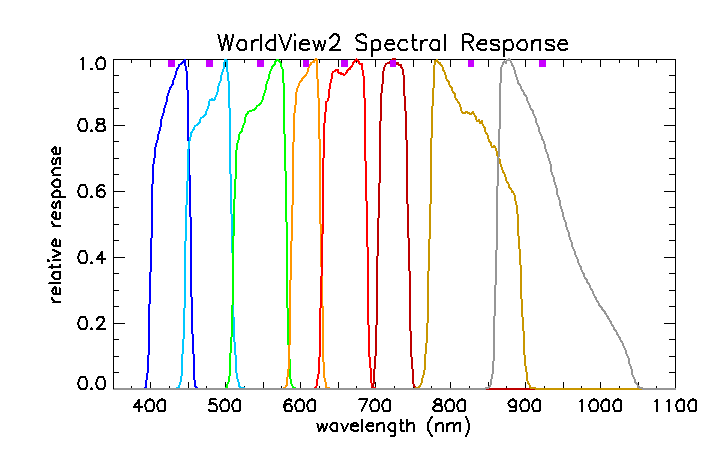 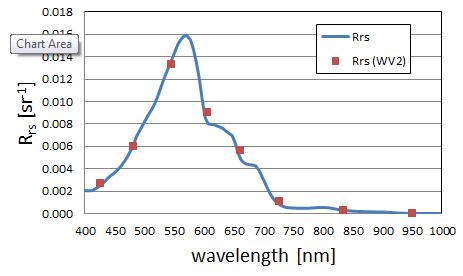 Figure 3: Example of a measured hyperspectral spectrum and the 8 values corresponding the the WV2 multispectral bands.

Each of the WV2 image pixels “looking” at the 10 ground stations was then used to correlate the WV2 top-of-the-atmosphere (TOA) band values in digital counts (DC) with the sea-level values for each of the 8 bands. Figure 4 shows the results for WV2 band 3, which is centered at 546 nm. The best-ﬁt line to these 10 points is the ELF for this wavelength band. In this example, the ELFs convert the TOA measurements in digital counts to sea-level values in units of . These ELFs, obtained from only 10 points, are then applied to every pixel in the image. Note that the measured spectra correspond to diﬀerent water IOPs, bottom depths, and bottom types, but the atmospheric conditions and viewing geometry (and resulting atmospheric path radiance) are assumed to be the same at each ground station. 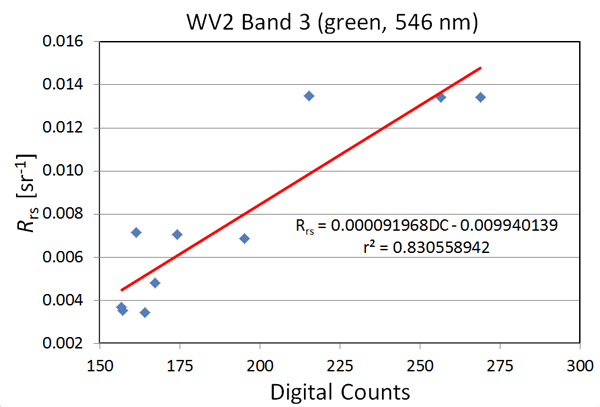 Figure 4: values for the 10 ground stations, and the corresponding TOA radiances in digital counts. The red line is the ELF for this wavelength band.

Figure 5shows an example WV2 TOA spectrum (excluding the two bands in the IR) and the corresponding sea-level spectrum obtained from the 6 ELFs. Note for band 3, for example, that the TOA value of 170 DC is converted to an value of 0.0057 , in accordance with the ELF of Fig. 4. 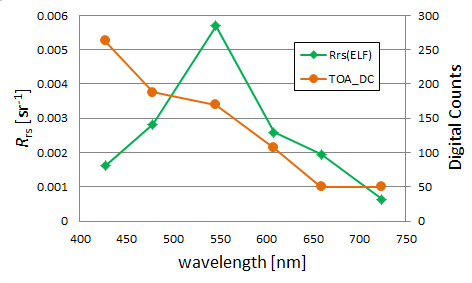 Figure 5: 5. Example of conversion of a TOA spectrum in digital counts (DC) to a sea-level in .

The advantages of the ELF technique are

The disadvantages of the ELF technique are