This page presents an early model for the IOPs of Case 1 water. It is based on a reformulation by Morel and Maritorena (2001) of earlier work by Prieur and Sathyendranath (1981) and Gordon and Morel (1983). This is the model seen in Eqs. (3.27) and (3.40) of Light and Water (1994). This IOP model is presented here for historical purposes and is retained in HydroLight for comparison purposes, where it is called the “Classic Case 1” IOP model in the user interface.

The absorption coeﬃcient is modeled as the sum of three components:

Absorption and scattering by water are discussed on the Water page.

The particle absorption is modeled by

where is the chlorophyll concentration proﬁle in , and is the non-dimensional chlorophyll-speciﬁc absorption coeﬃcient given in Prieur and Sathyendranath (1981) (their ) and in Morel (1988) (his Fig 10c), as extrapolated to 300 and 1000 nm. This is shown in Fig. 1. It should be noted that this is independent of the chlorophyll concentration. Thus only the magnitude of the particle absorption coeﬃcient depends on ; the shape of the spectrum is the same for all values. The original data covered 350-700 nm. Extrapolation of the original to 300 and 1000 nm was done by eye and is somewhat uncertain, especially for the UV wavelengths; see the discussion of absorption near 300 nm on the New Case 1 IOP Model page. 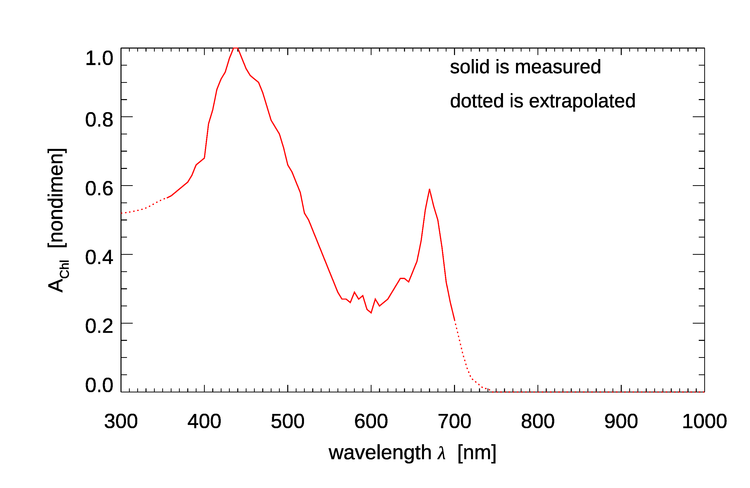 Figure 1: The non-dimensional chlorophyll-speciﬁc absorption coeﬃcient used in Eq. (2). Data from Prieur and Sathyendranath (1981) for 350-700 nm.

CDOM absorption is assumed to covary with particle absorption according to

Thus the CDOM absorption at 440 nm is assumed to be 20% of the particulate absorption at 440 nm. This proportionality constant is an average of many measurements, as is the 0.014 wavelength slope factor. In a particular water body the both of these values can be diﬀerent.

Note that the absorption model of Eqs. (1-3) reduces to that of pure water if . This is slightly diﬀerent than some formulations (e.g., Morel and Maritorena (2001), their Eq. 16-18), which include a small amount of background CDOM absorption even in the absence of phytoplankton. The inclusion of a small amount of background CDOM is reasonable, but in all honesty, the residual was removed from the equations as used in HydroLight because I just got tired of explaining to HydroLight users why they didnt get exactly the same results as for pure water when they plugged in in the Case 1 IOP model. In any case, the diﬀerence is negligible except at extremely low Chl values, in which case the model is suspect anyway.

CDOM is assumed to be non-scattering.

The scattering coeﬃcient for the particles is modeled by

where the defaults are , and .

Various formulas for as a function of chlorophyll can be found in the literature. For example, Ulloa et al. (1994) give an empirical formula for at 550 nm in Case 1 waters,

Such formulas for can be used for rough guidance in specifying the phase function in the absence of other information about the phase function. However, it must be remembered that scattering in general, and in particular, correlates poorly with , and there can be order-of-magnitude variability in the measured value of among diﬀerent data sets for a given .

The particle backscatter fraction can chosen to be the same at every wavelength, or be a function of wavelength according to the power law

As with all IOP models, this model may give good values on average, but can be considerably in error when applied to a speciﬁc water body. In any case, the use of the New Case 1 IOP Model is recommended for general use, especially near 300 nm.

Comments for A Classic IOP Model for Case 1 Water: